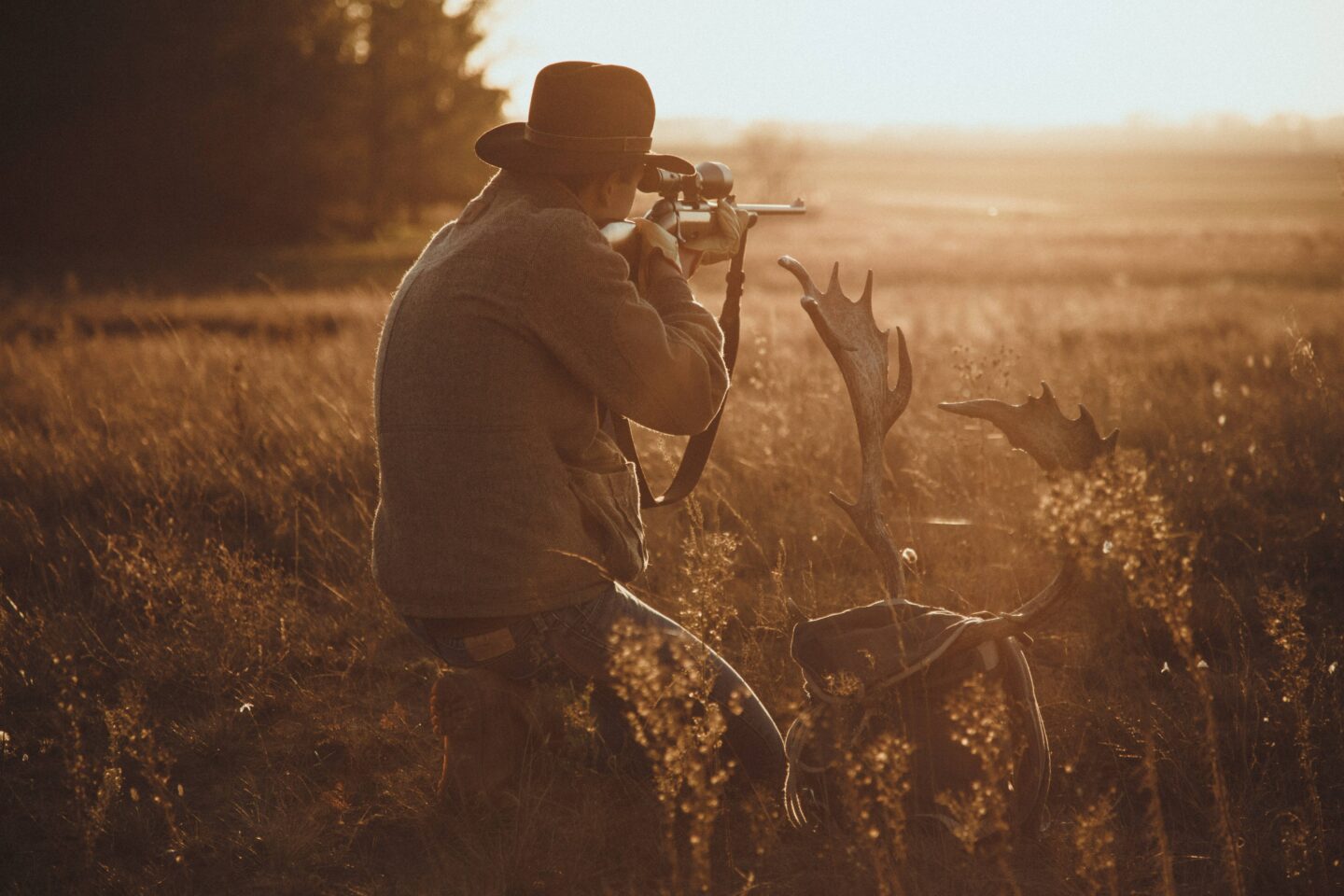 This overview is to provide the basic differences in how these different features function. It is not to offer a judgement as to which one may be best for any particular individual shooter’s requirements.

Each has its own merits and its own drawbacks, so think of it like you would the hand or power tools in your possession. A hammer is wonderful tool until it comes time to cut a 2″ x 4″, and at that point it becomes woefully inadequate.

There’s plenty of articles you can reference regarding 2nd and 1st focal plane reticle scopes so I will provide only a couple of highlights to keep things in perspective from a hunters’ point of view.

This is the most commonly used ballistic plex reticle available from the major scope manufacturers.

The biggest advantage is that the reticle stays at the same size and boldness for all power settings, so it is generally easy to see, regardless of what power you are on. The reticle itself covers more of the target at lower power settings than it does at higher settings.

The biggest disadvantage of this ballistic reticle is that because the reticle stays the same size throughout the power zoom range, the distances between the ballistic lines is changing as the power is increased or decreased. That means the scope can only be accurate on one power setting, and for most manufacturers that means TOP power setting.

The images below are to illustrate the view of a second focal plane scope.

A second focal plane scope may work well for target shooters, those who mainly shoot at stationary targets and is effective as a shotgun / muzzleloading scope.

However, if you are trying to find an animal moving in cover at some distances, you may well find the field of view offered at top power is so limited, that it will compromise your ability to acquire the animal fast enough to offer an opportunity for a shot.

Imagine that you are sneaking up on a herd of antelope that you saw feeding over the next rise. You have your scope set on 4X for maximum field of view, which is great to pick up the animals in case they are at close range.  As you crest the rise the herd explodes. You quickly get set up over your backpack and wait for the herd to stop. When it does stop you range the biggest buck at 650 yards …you settle in with the crosshairs firmly in the centre of his chest and squeeze the trigger ….and you blow a bullet right over top of him!!!! What happened?

You forgot to turn the power up to 16, so the scope reticle was not corrected. Yikes!!  Opportunity blown, over having to make an adjustment! This happens too often with 2nd focal plane ballistic plex reticles!

These reticles change in boldness and size in direct ratio to the power zoom.

That means that ballistic plex reticles stay accurate at all power settings.

Contrary to some of the mumbo jumbo that has been repeated on the internet a million times, these reticles do not somehow grow big enough to block out targets the size of elk at long distance. I will repeat once more. The (FFP)reticles covers exactly the same amount of target on the lowest power setting as it covers on the highest power setting, as the reticle and the target grow at exactly the same ratio regardless of the power setting.

The images below are to illustrate the view of a first focal plane scope.

A bull elk tending a herd of cows may be stopped temporarily deciding which cow he intends to harass next.  If you have a 2nd focal plane scope turned to top power to enable an accurate shot, you may fail to see another bull that is about to bump your target animal.  The FFP scope turned down to mid power range will allow a much wider field of view and you may be provided an opportunity to see the other animals that may be in position to cause your target animal to move.

This may help you decide to pull the trigger sooner while the target animal is stationary.  (This can be the difference between a successful hunt and a failed hunt.)

About the only drawback to using a First Focal plane scope is the fact that the feature that keeps it accurate , (reticle staying in same ratio to target at all powers), means that as you reduce the power setting to the lowest setting, the reticle is 4 times less bold (on our QF 520 FFP).

This is difficult to see for many shooters (particularly shooters over 50), and that gets compounded in low light.

The fix is to adjust the power setting up to increase the reticle boldness to a point that’s comfortable for the shooter’s eyes.  This is fine for the open spaces where most long range scopes are used, but it does lessen the field of view for working at closer distances.

As I have discussed the feature differences between 2nd and first focal plane scopes I felt it was important to address the concerns about the low light, close up shooting where FFP reticle features are not very effective.

The 2nd focal plane reticles generally are best for close up, shooting where maximum field of view is necessary, and particularly when its nearly dark as they are up to 4 x bolder (or more) than FFP reticles on the lowest power settings.

The reality is that many hunters carrying long range scopes will encounter opportunities for shots at fairly close ranges (where low power is required to get maximum field of view), and more often the opportunity is in very low light , as the nocturnal nature of most big game animals dictates that’s when they will show up.

This is a huge issue for hunters beginning at about 40 years old and older.

Our Optometry consultants have advised that it takes approx. twice as much light for 40 year
old eyes to focus than for a 20 year old.

With those realities in mind, we have developed the best of both scopes into one scope.

The front focal plane reticle is still etched exactly as it is on our FFP series scopes  to provide the ability to shoot at any distance on any power … and we have also etched the 2nd focal plane horizontal reticle to provide a super bold (bolder than any 2nd focal plane scope reticle offered by any major scope manufacturer) horizontal aiming point that stays super bold on all power settings…even when on lowest power setting in near darkness in the bush (where the entire FFP portion of reticle has disappeared), you can still pick up an aiming point on your animal  with ease.

The images below are to illustrate the advantages of a dual focal plane scope.

Even in low light conditions the bold horizontal aiming point keeps you on target.

This helps on animals like bears or boars in near darkness, particularly if you are in the bush (as in a tree stand)… or in finding a bull elks shoulder as he passes between trees at first light in timber (where FFP reticles just aren’t as functional).

To sum things up, all of these scopes offer different features, and you just need to think about what type of hunting you do that will allow you to select the right tool for the job! 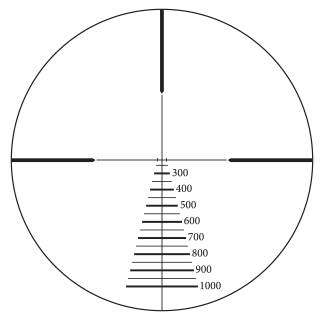